The most impressive work by the artist ever created.

Habatat is extremely honored to present the newest series by master glass artist Toland Sand. A new series offering a limited collection of work titled Oloids. Scientists have debated whether mathematics is simply a useful tool for describing the universe, or whether math itself is the fundamental reality, and our observations of the universe are just imperfect perceptions of its true mathematical nature. If the latter is the case, then perhaps the particular mathematical structure that makes up our universe isn't the only option, and in fact, all possible mathematical structures exist as their own separate universes.

"A mathematical structure is something that you can describe in a way that's completely independent of human baggage," said Max Tegmark of MIT, who proposed this brain-twistin gidea. "I really believe that there is this universe out there that can exist independently of me that would continue to exist even if there were no humans."

Also, you are invited to join in an exciting Habatat-Zoom this Saturday, August 27th at 1:00 p.m. ET to experience something new and incredible! Artist Toland Sand has just created the universe in glass. Sand has been working with the material for over 45 years and has constantly reinvented his process and technique. He has reached his crowing achievement with this new Oloid Series. According to Toland "the Oloid is the shape of the universe. It is a mathematically perfect design where timeless elegance and beauty meet science." His exhibition with Habatat is titled Multiverse | Oloid.

Habatat Detroit Fine Art is releasing 6 new works in this series and I would love for you to join the Zoom this weekend as the artist will be discussing his thought process when creating these magnificent sculptures. You are invited to click on each image below as well to view the 360s of each work. Contact me for pricing and availability. - Aaron Schey 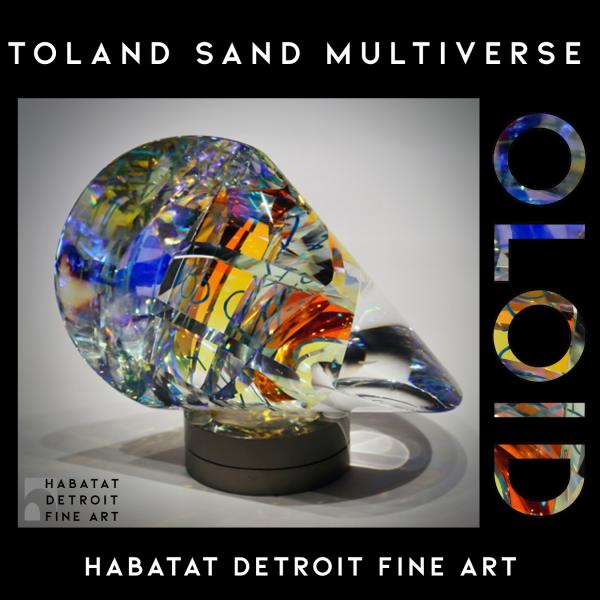