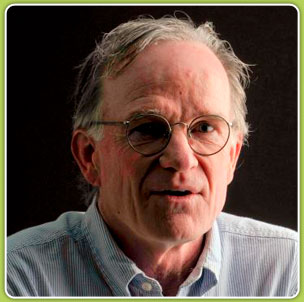 Since 1977 I’ve been endeavoring to bring to reality all that glass as a medium has to offer:  reflection, refraction, color, transparency, opacity, and dazzling energy.  I’m ever on the odyssey of new form and new techniques.  I create my own colors for the laminate I use or I can use available diachronic colors.  All are one of a kind and numbered.

An innovator in the use of dichroic glass and polished crystal, Toland’s approach to his pieces is one of exploration, always looking for form and energy. His perspective is one of trying to reveal an interior complexity while not forgetting simplicity and elegance of form. The attention goes in and then back out, attempting to take in the totality of the piece. It is like architecture for consciousness. Access is given to the interior of the solid object and then one can exit, just like an architectural form. One’s attention becomes the fulcrum of the piece’s existence. It becomes a reflection of the viewer.

Influences and sources of inspiration can be found in ancient and contemporary architecture and sculpture. Toland spent five years in Greece, attending high school in Athens and traveling as much as possible. Stone formations were everywhere, in both natural and manmade forms. An ancient marble quarry was just down the street from his home. Laborers chiseling marble for municipal projects were a common sight. Seeing ancient sites with remnants of temples were simply part of everyday life. The Temple at Sounion, the Parthenon, the Agora were monuments to the golden age of Athens.

Toland was born in Berkeley, California in 1949 and has fond memories and impressions of the beauty of that state as only a little child can experience. Though he left in 1954 when his father joined the CIA, the influence of Carmel and the Big Sur coastline was hard to forget and he always felt at home when the family returned every couple of years to Carmel Valley. He graduated from Colorado College in 1971 with a degree in Philosophy.

Toland’s New Hampshire studio and home are on four wooded acres. He lives there with his wife, Debbe Palmer. Their combined five kids are scattered around the country. He also maintains a studio in Carmel Valley, CA where he retreats for a few months every year.

Professionally, Toland has been working full time in glass since 1977, starting first with stained glass and moving to glass blowing and then to constructed glass sculpture, which he’s been doing since 1985. Self-taught, as are most glass artists his age, he has constantly sought to expand his artistic and technical vistas. Innovation is always apparent in his work. He continues to have one man shows and has won a variety of awards including the “Art in Public Spaces Award”. He’s participated in the Venice Bienale and been nominated for the 1999 Living Treasure Governor’s Award for New Hampshire. Toland has completed many commissions, mostly notably for the CEO’s of MacDonalds USA & Japan, and for IBM, Verizon, Coca Cola, Carpet Master & UPS. He is in glass and art collections worldwide.