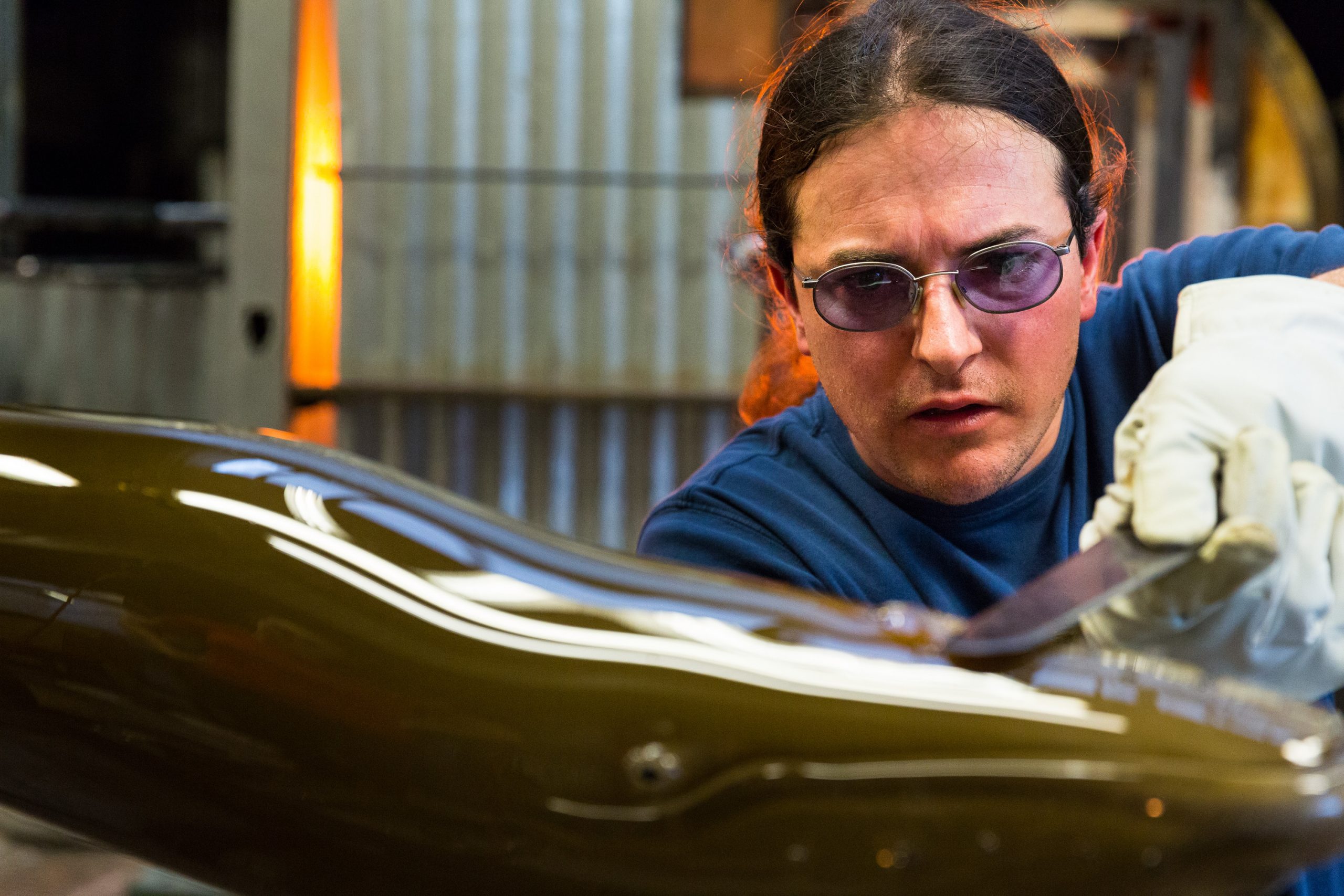 “Born and raised in the San Juans on the small island of Lopez in Washington state, I was taught the connection between myself and my surroundings. Spending my time on the water or in the woods, I grew to appreciate the connection between the food on our table, and the salmon in the ocean, or the deer in the garden.

The marine creatures I create lend themselves to the fluidity of glass, and its reflective nature. Using these native animals I hope to evoke the excitement of the salmon running, or the miracle of a whale migrating 5,000 miles. I also want to draw into question the balance of nature. How does the presence of these creatures affect us? What does the future hold for these animals?” –Raven Skyriver, 2009

Raven Skyriver started blowing glass in high school. His mentor, Lark Dalton, taught him the basics of traditional Venetian glass, as well as how to build equipment. With this knowledge Raven built a basic studio at home in order to create small cane worked vessels. After graduating from high school he traveled to Venice, Italy to take a course with Davide Salvadore, to further his understanding of Venetian technique. Soon after, he had the opportunity to work with Karen Willenbrink-Johnsen at Pilchuck Glass, and through this experience was invited to join the William Morris Team. Raven was able to work with Morris through the culminating years of his incredible career, learning the unique techniques utilized in the production of his seminal work. He was recently invited to work with Lino Tagliapietra’s glass team in Brazil, joining one of the best production teams in the world to create under the direction of a maestro.

Raven’s inspiration is drawn from nature. The challenge of realism is what makes working sculpturally alluring to him. His experience of growing up on an island and seeing the interlocking ecosystems which support each other has had a profound effect on the environmental themes in his work. In his most recent show at Stonington, “On the Brink,” Raven expands his repertoire to include land animals, many of which are iconic to Northwest Native myths. The idea that all creatures are affected by the human population – and that we have been dependent on these animals since the beginning of time – renders the work in “On the Brink” more compelling and heartfelt than ever before.

Honey I Shrunk the Art, History of the World Gallery, Camano Is, WA