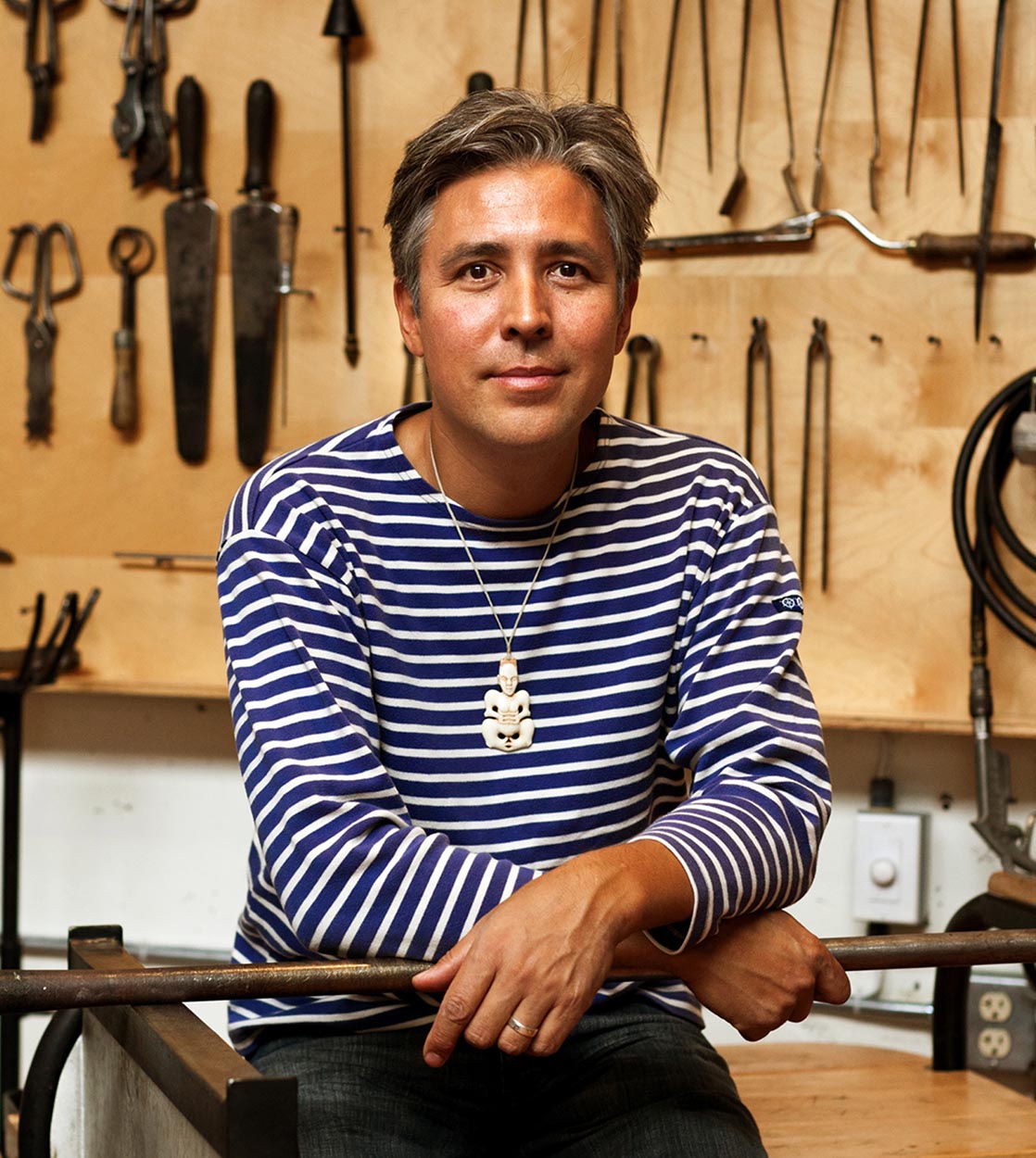 Preston Singletary grew up in the Seattle area listening to stories told by his great-grandparents, who were both full Tlingit. In high school he met and became friends with future glass artist Dante Marioni, son of glass artist Paul Marioni. Shortly after graduating high school, Singletary (who was actively pursuing a career as a musician at the time) was asked by Dante Marioni to work as a night watchman at what was then the Glass Eye, a Seattle glass-blowing studio. Singletary quickly moved from being night watchman to working the day shift to eventually joining one of the studio’s production teams. In 1984, Singletary took part in a workshop at Pilchuck Glass School for the first time. He has since been involved in Pilchuck as both a teacher and student. Singletary has blown glass around the world in countries such as Sweden, Italy, and Finland. In the late 1980s, Singletary began incorporating traditional Tlingit themes into his work and reaching out to other Northwest Coast Native American artists.

Early on, Singletary’s work drew heavily from European glass artworks, especially those done in the Modernist style. Today he is perhaps best known for his use of glass to express and explore traditional Tlingit themes. Many of his works reference clan crests, including the killer whale, which his family claims. Singletary has worked extensively with other native artists creating glass art works such as the Founders Totem Pole (2001) and Devilfish Prow, one of a series created in collaboration with Maori artist Lewis Tamihana Gardiner (2007).