4 Glass Sculptures That Changed the Course of Art History 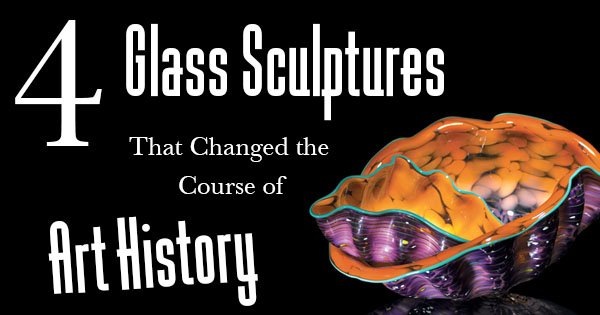 The studio glass movement, which has blossomed into a rich and vast world of contemporary glass art made by extraordinary artists from around the world, first got its start in 1962 at the Toledo Museum of Art. Harvey Littleton, a ceramics professor, and Dominick Labino, a chemist and engineer, teamed up to conduct two workshops, during which they experimented with melting glass in a small furnace and used it to create blown glass sculptures.

We’ve come such a long way in such a short time. The history of contemporary glass art may be brief, but it has no shortage of heroes and game-changers. Here are some of the most important glass sculptures of the past 55 years that have helped shape the course of modern art history in the making.

The future of glass sculpture is yet to be determined, but if the tradition continues as it has over the past half-century, we’ll be sure to witness exciting new advancements and expressions for years to come.