It is in the deepest folds of the subconscious that we most often find the most profound of truths. Mining a landscape at once littered with the detritus of both waking and subliminal thought, it is from here also-that same ethereal space, that Christina Bothwell reaps the imagery and conceptual framework inhabiting her sculptural manifestations the otherworldly. It is in the darker sub-humanities of legend and lore, that Christina mines tenuous comprehension the feared unknown.

Recovery also revitalization, glass allows a lucid vulnerability at once unsettling, though enforcing a sort of truth available only as the transparent. Christina’s interest in the material is not derived of the traditions associated with the material (tool of utility or décor); quite the opposite in fact, of what we have come to expect from contemporary studio glass, the kaleidoscopic palette of colors-strict design and a laboring and studied finesse, but lies instead in the true characteristics of the material-clarity and luminescence. Offering the self-taught glassmaker an equal plasticity her earlier medium of choice, clay, Bothwell in combining the disparate materials supports a dialogue autobiographical in nature to expose the awakened anxieties of the mother; inequalities, malformation and defect, to name but a few. From ash though, springs hope eternal.

But it is in fact, that very seed of discord so often the richest source of sustenance and growth; worry, like the stone-grit in the pit of fowl and famished allowing digestion and vague content. A growing understanding of self is but half the circuitous journey to acceptance the identities of one and all (near-total comprehension of course, the preferred destination); where hope meets habit and truth, there is love. In accommodating doubt, Christina Bothwell’s expressions in juxtaposed glass and ceramic are a dream state realized; each new endeavor, each manifestation a world unto its own. Failure is amplified in the solitary and it is alone that we enter and exit the room of tenebrous consideration and believed in-actualities. Better under the bed or closeted, there is equivalence in distaste of the supposed. It is fertile ground for creativity in the arts, that of the investigated id. Tethered to earth by clay, it is glass that beckons us to the heavens-ascent or descents, each requiring a railing, sturdy and accommodating support and touch.

By allowing free rein to the intuitive hand and the unfettered realization of fantasies embraced, hers is the poignant plea of disparities conquered. It is at the table of equality that chairs remain empty, in anticipation-transformation a byproduct of resurrection, the anticipated “other” not necessarily the stranger but, the newly understood self; rejuvenation as much a product of the mind as of the body, a spoonful of sugar does indeed make the medicine go down and often, one figure seems to rise from a second prone, as if at genesis rebirth-reconstitution the miracle of healing. With each incarnation, combined man and beast expand our abilities of acceptance. In duality, we complete a picture whole. In trust, we open the floodgates of shared humanity, to free ourselves of perceived futility, terror and shattered being.

Christina recalls an albino deer that she would see for years, in the wooded Pennsylvanian forest near her home, “I saw her practically every day, and each time was like the first-my heart would pound, it was like seeing and angel, or a mermaid.” Fearing for the animal’s safety each hunting season, a practice still quite prevalent in her “neck of the woods”, she reveals, “…I probably have the only house in the area with no guns on the premises.” The series of mounted heads then, Dear Deer (2015), is the taxidermy of what-ifs, if only and regret. Distaste suggesting now, not prize, but the insatiable appetite for capture alone; a materiality not rooted in ownership, but pecking order revealed.

In Bothwell’s The Secret Wisdom of Girls (2015) a trio of young girls, sit benchtop in anticipatory repose. None return our gaze, nor acknowledge even one another. And yet there is harmony in stasis and inferred secret. Three is a recognized number of magic and belief-three wishes, three guesses and in Christianity (like deities in so many religions, past and present), the Trinity of God the father, God the son and God the Holy Spirit and our three Persephone’s seemingly reveal unspoken truths of unknown winters silently gathered in heredity and history. And it is in that trilogy of balance that we find support and storied stability; three little pigs, the three bears and Billy goats gruff. More than tactile dream reports, it is in the elevated posture of recognized possibility that Bothwell’s imagined characters of anthropomorphic exploration and play seemingly capture moments of earthbound and lucid clarity; momentary predicaments of humanoid, the dilemmas of all.

Easy connections might be made to the cognitive space of literature-the fantastical tales of Frank Baum’s The Wonderful Wizard of Oz and Lewis Carroll’s Alice’s Adventures in Wonderland. Bothwell never, as might be easily assumed, comparatively our Alice however, but instead Alice’s older sister; she with the book of blank pages from which a tale of imagination is told-our ideas and emotions left to manifest in stubborn singularity; like Carroll’s cat, metaphorically disembodied. One must draw deep from the caterpillar’s pipe of experience in order to exhale the bluest horizon, rising to the moon in bits and pieces one, but of many flights of fancy and hard won experience. It is neither here, nor there, that we will find the tastiest fruit of our labor allowing serenity elusive even the tightest of woven net. We hesitate to sniff the difference between bud and blossom; each season unique in character and concern, each then a particularity in requirement and harvested values.

There is a certain home-spun familiarity to Christina’s work, not naive per say, but a friendly familiarity found not in Rousseau’s forested place or the horror of Goya’s battle. It is by the work of the hands, that the mind finds clarity; Christina’s eye for detail though, perhaps closer to the thoughts and practices of the memory painter than any imagined moments. Intangibility is made concrete in the musk of shared bodies, wonder at perseverance and the shock of imbalance. It is by critical balance that rapt attention is honed. At razor’s edge, the heart’s life blood feeds night sweat. There’s no place like home. Bothwell’s discomfort in this tentative situation, her unease, is ours-her predicament, mine.

I’m afraid for my boy, he burns so bright.

The dark surrounds him, all consuming.

I’m afraid for my boy, he scalds the touch.

Sweet. Not saccharine sweet, but like sugar all consuming.

These cold streets don’t deserve him.

Everybody wants him, sweet, like sugar- bitter, black coffee and milk.

I’m afraid for my boy.

And hers, Christina’s, like ours is the relentless weight of position. We find ourselves book-ended, the heaviness of that which comes before and what we worry will follow, forcing us upright; appointment at times, uncomfortably tight. But dark skies, with patience and studied fortitude, forecast sunny days. Where there is smoke, there is not always fire; cleansing, worship and reformation more a product of constructed realities than ethereal hopes and wishes; destruction sometimes the only avenue to rebuilt belief, commonality the key to acceptance.

Afforded by unapologetic craftsmanship, Christina’s is not the highly refined polish of sterility, but resourcefulness embraced. Like a well-worn and favorite pair of shoes, comfort trumps fashion, fad and refinery. Without collective and sometimes licentious knowledge, we are left only the stale and regurgitated scent of new and newer, the hollow box of squandered gift and child’s play. With great care and a finesse suited the captured worm (rarely the finest butterfly), it is in the shared knowledge of struggle that her involuntary legion grows in number. The power in Christina Bothwell’s work is the authority in our own particular circumstance, our specific battles hard fought. Bothwell’s is a story without beginning or end-simply a momentary acknowledgement of what is, intangibility made concrete. Hers is the humble permission to dream, not the preconceived notion, but the sovereign wonder of childhood; the currency in hope, purchasing faith.

View all posts by Aaron Schey 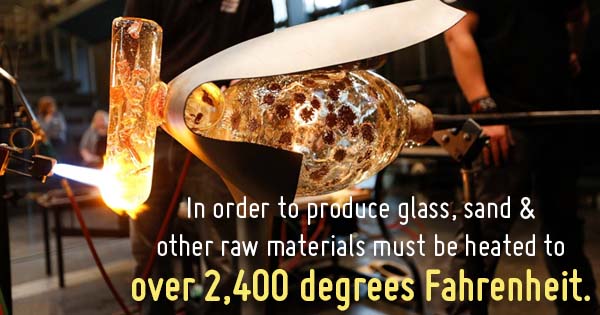 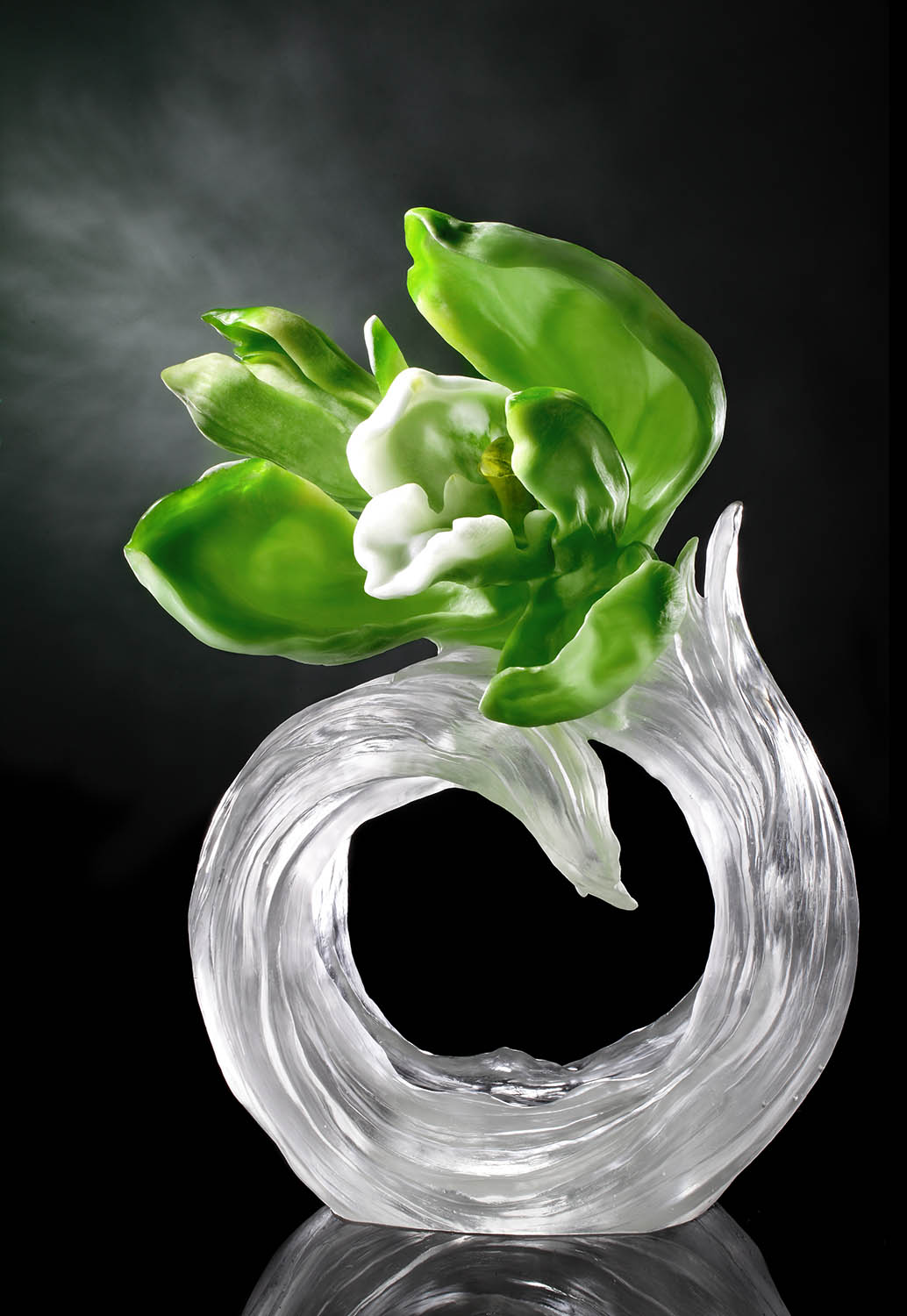