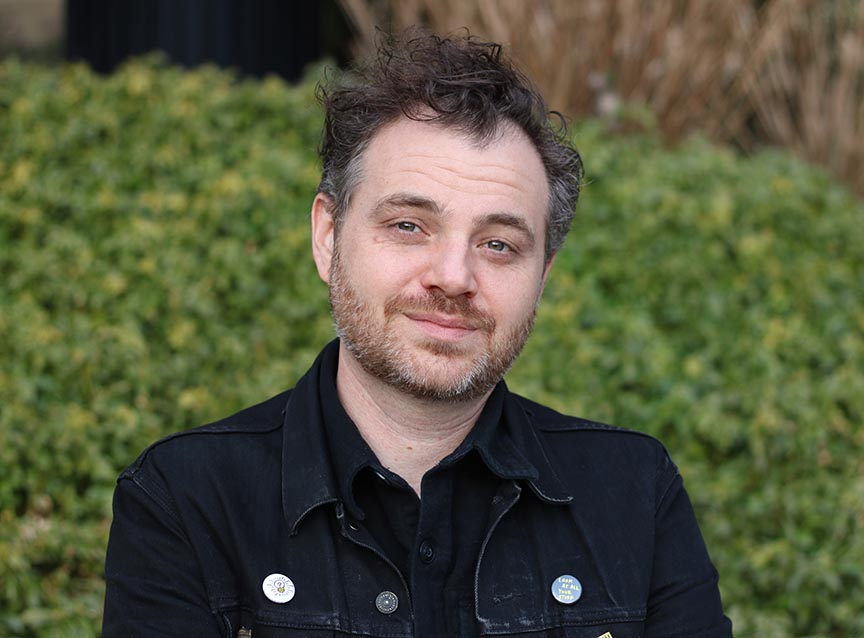 My work draws on contemporary and historical imagery to create imagined narratives reflecting on the bridges between past and present culture. I’m inspired by the high culture of classical sculpture as much as the low culture of dollar store holiday decorations. Both are important symbolic representations of the modern world. I often utilize mass produced kitsch found objects which are replicated, distorted, and reconfigured with elements directly modeled by myself. Some pieces are almost overloaded with iconography, just as the constant stream of news and images scrolling across our devices merge into an incoherent mass of content.

History repeats itself in my work. The repeating past informs the present. I mine the past for icons to remix in the present. A biblical boy hero, modeled in the Italian Renaissance, can become a stand in for young protesters in the 21st century. Multiple layers of meaning and investigation exist simultaneously in my work. My own love of history, mythology, and philosophy drives my curiosity into how we define our cultures via images.

I believe art should be a reflection of the time and place in which it was created. In a globally interconnected world full of social and political upheaval and a 24 hour news cycle with mixed messages from all sides, I reflect these confused connections between yesterday’s myths and today’s narratives.

James Labold was born in Bucks County, Pennsylvania outside of Philadelphia, where he spent childhood summers visiting Revolutionary War historical sites. He received his BFA from Tyler School of Art in 2004 and after briefly relocating to Arizona, James called Philadelphia home for the better part of a decade.

Labold’s glass and mixed media work explores the connections between patriotism, national identity, and mythology in both object based and installation formats. He is inspired by the American ideals embodied in the historic sites of the Revolution as well as the reality of the crumbling factories and neighborhoods surrounding them. In 2015 he received his MFA in Glass at Ball State University in Muncie, Indiana, famous for David Letterman, Garfield, and Bob Ross..

His work has been included in New Glass Review in 2010,2015, and 2018. James has been artist in residence at Salem State University’s Rosenberg Residency and Starworks Center for Creative Enterprises in Star, NC. He was selected for the Glass Art Society’s 2016 Saxe Emerging Artist Award and lectured at their 2016 conference in Corning, NY.
Labold currently lives and works in Philadelphia, Pennsylvania