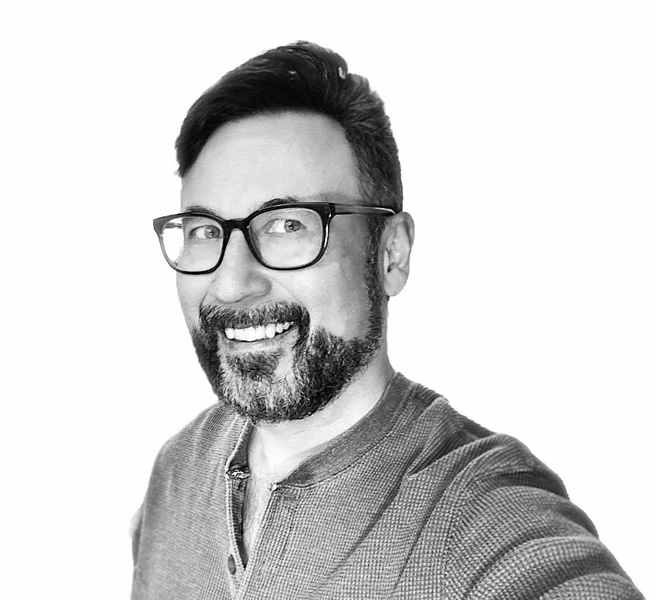 Inspired by ways we transform ourselves; I work at creating creates glass pieces that have both visual and spatial depth. By layering and fusing sheets of glass with overlapping elements, I strive for an interactive commentary using simple forms with intricate glass powder drawings. These works are a continuation of my frit powder drawings that I have been working on for some time now. My artwork compositions are often arranged in such a way as to suggest a narrative, yet I employ various means to distort them – from cropping the images to blocking out faces with cast glass elements. This is designed to force us to ask what and how does one define identity. The layering of elements reacts to perceptions of gender, culture and time.
The way I work with glass is very labor intensive, working with crushed glass being manipulated a grain at a time to create images. This processes allows me to focus and concentrate on telling a story.

After a 20 year career as an architect in the United States and Australia, Michael Janis returned to the US with a focus on working with glass. In 2005, Janis became the Co-Director of the Washington Glass School in Washington, DC. Janis has received numerous awards for his artwork including the Florida Art Glass Alliance’s Emerging Artist Award 2009, the Bay Area Glass Institute’s 2010 Saxe Fellowship and he was named a “Rising Star” at Wheaton Arts 2011. His glass artwork was featured in Corning Museum’s ‘New Glass Review’ #30 & #31. Awarded a Fulbright Scholarship in 2012, Janis went to England’s University of Sunderland and taught at the UK’s National Glass Centre where he became an Artist-in-Residence at the Institute for International Research in Glass. Washington, DC’s James Renwick Alliance named him Distinguished Glass Artist for 2014, and he presented and lectured about his work at the Smithsonian American Art Museum in 2014.

In 2016, The (Washington) DC Commission on the Arts & Humanities awarded Michael Janis the 31st Annual Mayors Arts Award for Excellence in the Arts. The Mayors Arts Awards are the most prestigious honors conferred by the city on individual artists, teachers, nonprofit organizations, and patrons of the arts.