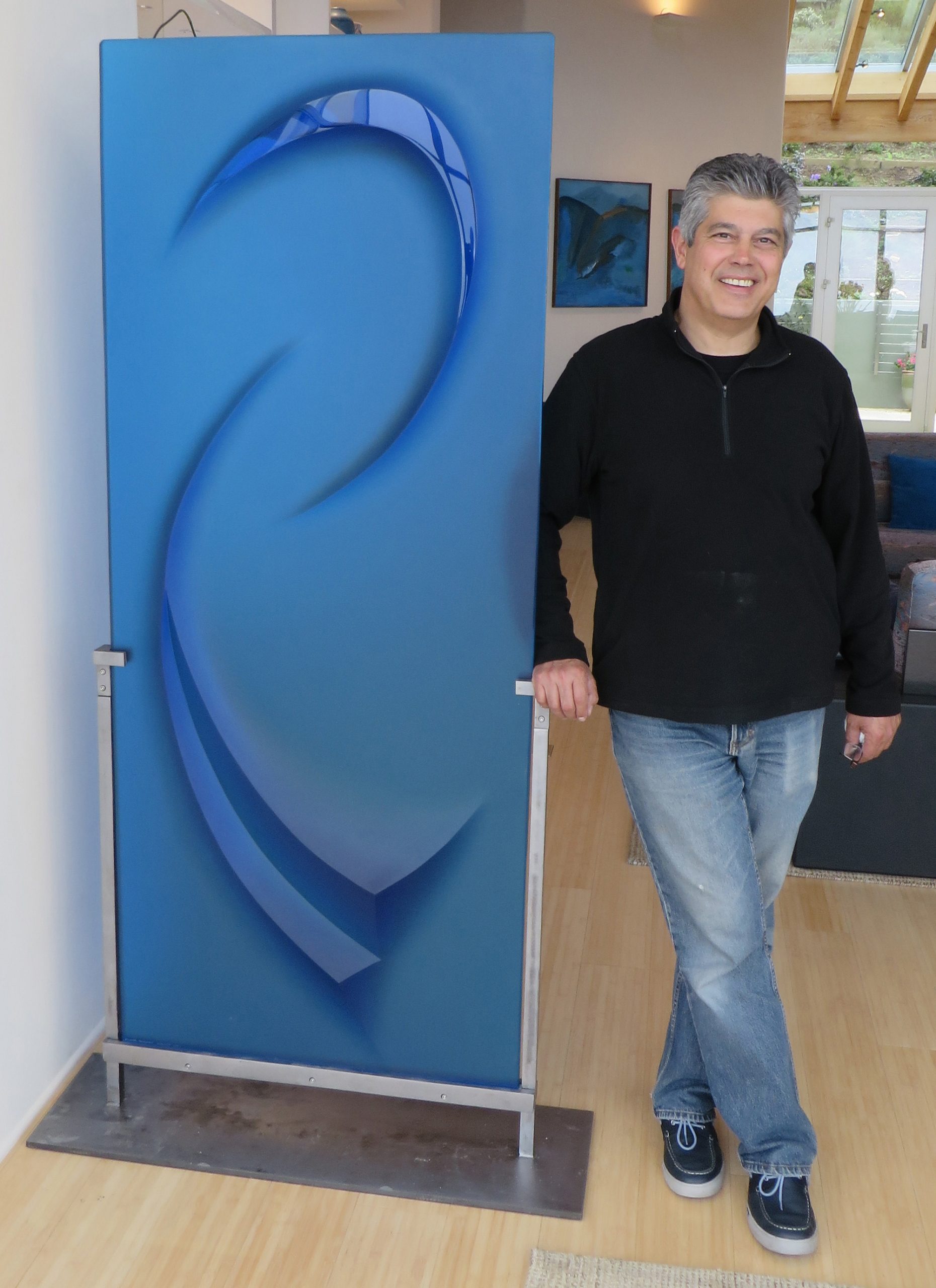 Latchezar Boyadjiev was born and raised in Sofia, Bulgaria, where he attended the Ceramics Department of the Academy of Applied Arts. In 1985 he was admitted to the prestigious Academy of Applied Arts in Prague, Czech Republic (formerly Czechoslovakia), under the guidance of Professor Stanislav Libensky, one of the most prominent glass artists of our time and influential source for most glass artists in the Czech Republic and Slovakia.

In 1986, just after graduating from the Academy, Latchezar Boyadjiev defected to the United States via Italy.

After settling in California, Boyadjiev worked for more than ten years in the field of optical glass, using cold work techniques such as cutting, grinding, polishing and laminating to create his optical glass sculptures that he became initially known for. Since there were limits to the size of his objects, he decided to change to a different technique to accomplish that goal.

His drawing technique changed from pencil to charcoal, the glass technique from optical to cast glass.

The Academy’s strict curriculum of daily drawing and design classes for five years had its intended effect on the young student. Today, the artist is saying, when he is working on new designs, he keeps drawing until something finally strikes him. New designs sometimes take him hours, days or weeks to complete.

Once a drawing is satisfactory, a clay model is made. The next step is the actual sculpture rendered in clay with perfectly smooth surfaces and details. Next follows a series of positive and negative molds, a time time consuming and detail oriented process that will lead to the final plaster positive that will determine the outcome of the sculpture.

Initially those plaster positives were delivered to the Czech Republic by the artist in person, With the goal of selecting the best glass casting studios and glass color selections available. It also gave him the opportunity of working with some old friends from days past, to create his new glass sculptures that were cast into yet another mold, and later annealed, partially ground and polished.

His new and exciting work was introduced at SOFA 1997 in Chicago and the response was very enthusiastic – dynamic sculptures reflecting depth and dimension, a new approach to contemporary glass art and design.

“The main focus of my work is to create dynamic shapes supported by sensual lines that will gradually evolve from an idea on paper to a sculpture in glass – and combined with light it will have a powerful impact on the viewer.

I want my work to become a part of modern architecture and a contemporary environment, to reflect the era in which we live.”