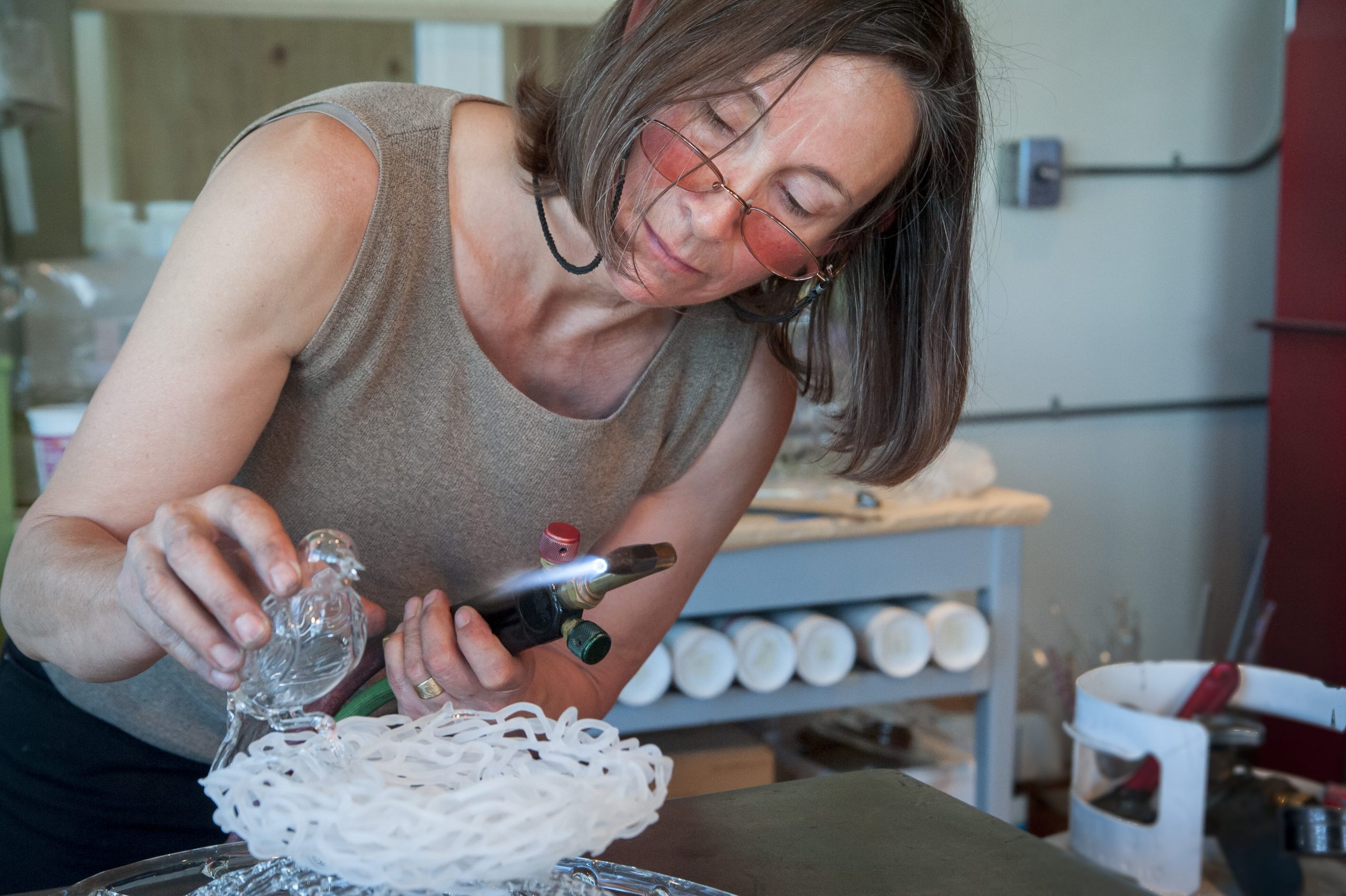 I began working with hot glass in 1978. Initially apprenticing with Richard Marquis at Marquis Deluxe Studio, Berkeley California. I had been taking Ceramics classes at Laney College in Oakland CA, studying with Nancy Selvin and while working with Dick I continued my clay work as well. About a year into working with Dick I enrolled and concurrently studied with Marvin Lipofsky at California College of Arts and Crafts, Nancy Selvin at Laney College (ceramics) and Ron Nagel at Mills College CA. (ceramics) all while working part time at Dick’s shop. Several years later I had the opportunity to explore lampworking at Pilchuck Glass School, in Washington state.

Over the course of three summers at Pilchuck, I had the privilege of studying with; Susan Plum, who introduced me to working with Borosilicate glass, James Minson, who has an innate knowledge of the medium and lastly Cesare Toffolo Rossit.
I think it was Cesare who resonated with my own style, using the hot glass tools which were already familiar to me. These summers became a pivotal turning point in my relationship with glass.

Working at the torch has allowed me to feel more autonomous than working with a team of people at a glassfurnace. The solitude of torch work provided me space to focus. Working alone has helped me define my voice and recognize what it is I want to narrate and share.
As curious creatures we attempt to make sense of our world connecting lines and creating stories based upon the images we see. We hold a vocabulary of common imagery that human experience has provided. It is the everyday images I seek out as elements of fables that can speak to each of us in symbolic language. A nest, wishbone and glass cage, those images have recognizable meanings and draw upon feelings and experiences of our shared humanity.

My two latest sculptures “Reckless Gift” and “The Coronation” are part of my glass cage series but have taken a visual departure. These new pieces have shiny interiors gilded with gold. My original plan was to sandblast the surface of the glass as I usually do, but after the gold was applied, I reconsidered, instead deciding to leave the surface untouched. The reflective luster of the glass combined with the gold interior reminded me of the ornate glass I had seen in Venice and Prague.

I now see my work playing its part in the larger picture of historical glass and myself as a partner in the continuation of the art form.