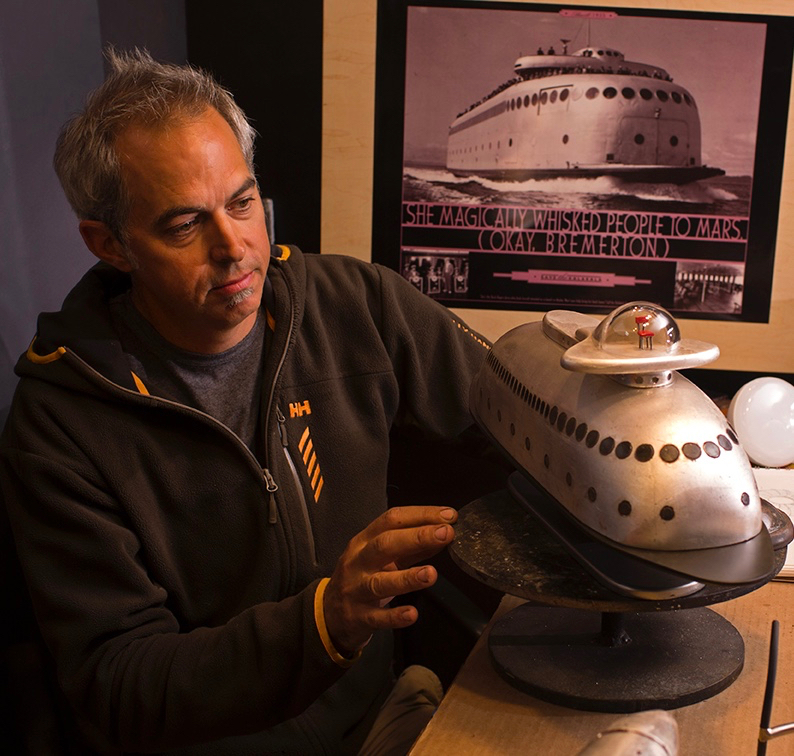 Rik Allen was born in Providence, Rhode Island, and has a B.A. in Anthropology from Franklin Pierce University (NH). In 1995, Rik came to the Northwest to work at Pilchuck Glass School, and also become a member of the William Morris sculpture team, specializing in engraving, cutting, and finishing glass sculpture for 12 years.

In 2005, Rik established a glass and sculpture studio with his wife, artist Shelley Muzylowski Allen at their property in Skagit County, Washington. In addition to being an artists, Rik and Shelley have taught internationally at the Toyama Institute of Glass in Toyama, Japan, and the International Glass Festival in Stourbridge, England. They have also taught nationally, including the Penland School of Craft, Pittsburgh Glass Center, and at Pilchuck.

Rik has had solo exhibitions of his sculptural work and installations throughout the country, including Seeker at the Museum of Northwest Art, La Conner, Washington, Innersphere at the Science Fiction Museum and Hall of Fame, and at Blue Rain Gallery, Traver Gallery, and Thomas Riley Galleries. His current series of work has been in the form of spacecraft, rockets, and scientific apparatus. While many of Rik’s pieces have a reference to his curiosity for science, they also convey humor, simple narratives, and a lightheartedness that is embodied in much of science fiction’s antiquated vision of the future.

His work has been featured and reviewed in American Craft Magazine, American Art Collector, Glass Art Magazine, and Launch Magazine, and is held in national and international private collections.