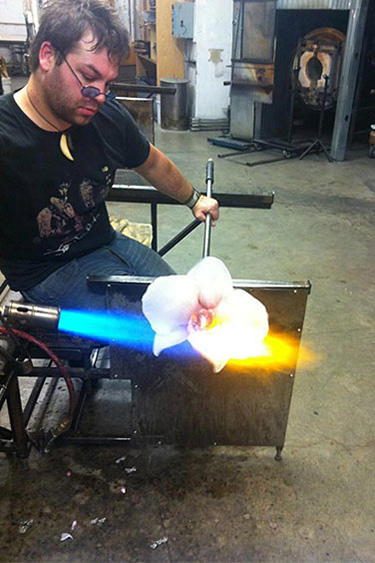 The most beautiful, extravagant man-made object could never creatively equal the simplest and smallest naturally occurring life form. The purpose of creating this series on a macro scale is to bring to light the beauty that exists within the micro scale of nature. Through the rigors of day-to-day life in an urban setting, I find it all too easy to overlook the natural beauty that has ultimately birthed us as a species. Small plants, although minuscule in comparison to our human-sized way of existing, are overwhelmingly perplexing when held inches away from one’s face. The vast majority of people will seldom grasp this seemingly secret perception of existence. When I scale life forms up to be larger than a person, they can be observed with this perspective from across a room due to the overwhelming physical presence they command. It is my hope that when people admire my large-scale renderings, they become curious and captivated by the hints of realism I incorporate into my designs. I encourage people to attempt to observe with the same eyes through which I humbly and graciously experience our natural world.