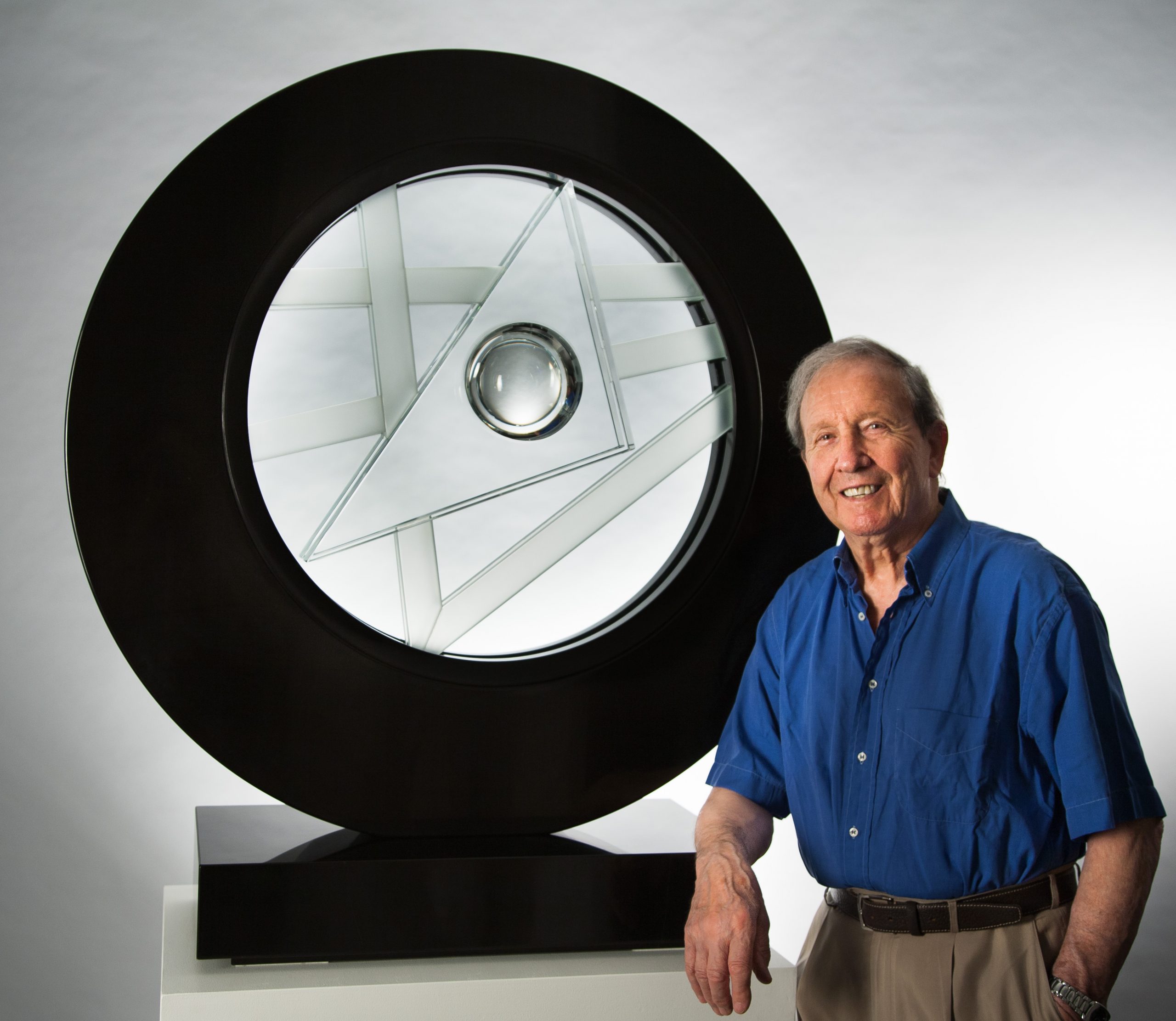 Born in 1930 in Murano, where he still works, Livio Seguso began his life-long affair with glass from a very early age, fascinated by the inexhaustible appeal of that wonderful medium. After having achieved an in-depth knowledge of the traditional glassmaking techniques, and stimulated by his strong artistic sensitivity,  this artist turned to plastic forms, and his research led him to explore with avid interest the world of the of the great masters of contemporary sculpture. In those years, glass was not used as a medium of mere depiction, but it was in itself the very object of his artwork. Seguso’s mastery of his medium was such that it allowed him to express himself completely without being hampered by the limits of craftsmanship. The artist fully revealed the infinite potentialities of this mysterious material in an endless variation of spaces and thicknesses, always aiming at an absolute purity of forms. Livio Seguso reached his full artistic maturity in the late 70’s, when he totally abandoned the Murano glassmaking heritage, however noble, and began to focus on clear crystal, changeable and ambiguous in its transparency, the perfect medium for the artist’s uncontaminated imaginative vision. His sculptures could then manifest themselves in forms of absolute purity, non-mimetic and non-representational of anything, reaching out to seize the principle of a visible event that was undisclosed before that moment, and, in doing so, reveal the personality of the artist, attracted by synthesis and icastic form. His sculptures thus became Images of Light that seem to adapt themselves to thought only to fade away into a series of oneiric forms.In recent years, his artistic research overstepped the confines of the medium used, experimenting with other materials like steel, rock, marble, and granite, and, more recently, wood. His artwork also took a departure from his previous rounded or elliptical forms, and he began to conceive volumes in a more geometrical pattern. This in turn was to lead to an ideological turning point, not only in the choice of mediums and their poetical potential, but also to an ideational transmutation that enhanced the artist’s expressive possibilities. The new mediums, always used in combination with glass, exalt both the transparency of this material and the intensity of the light, and their ultimate purpose is to create an ideal union between intellectual rigor and the neatness of the volumes, between the sense of refined elegance and poetic imagination.

1993 Festival Celebrating the Arts and Culture of Italy, Dublin, Ireland