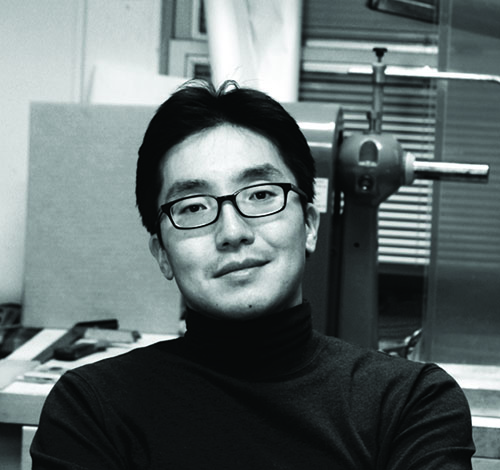 Jiyong Lee is a studio artist and educator who lives and works in Carbondale, Illinois. An associate professor of art at Southern Illinois University, Lee has headed the glass program there since 2005. Lee was born and raised in South Korea. He earned his MFA from the Rochester Institute of Technology in New York and taught there for several years. As an instructor, he also has taught at the Pilchuck Glass School, the Studio of the Corning Museum of Glass, the Pittsburgh Glass Center, the Domaine de Boisbuchet in France, Canberra Glassworks in Australia, Fire Station Artists’ Studios in Dublin, Ireland, and various other art institutions and universities nationally and internationally. Lee has served as a member of the board of directors for the Glass Art Society since 2009. He has won a number of honors, including the Emerging Artist Award from the Glass Art Society, several scholarships including the Saxe Award from the Pilchuck Glass School and the Studio of the Corning Museum of Glass. His work was featured in New Glass Review 24 and 32 and has been exhibited and collected nationally and internationally. Recent highlights include an acquisition by the Corning Museum of Glass and a solo exhibition at the Duane Reed Gallery in St. Louis.