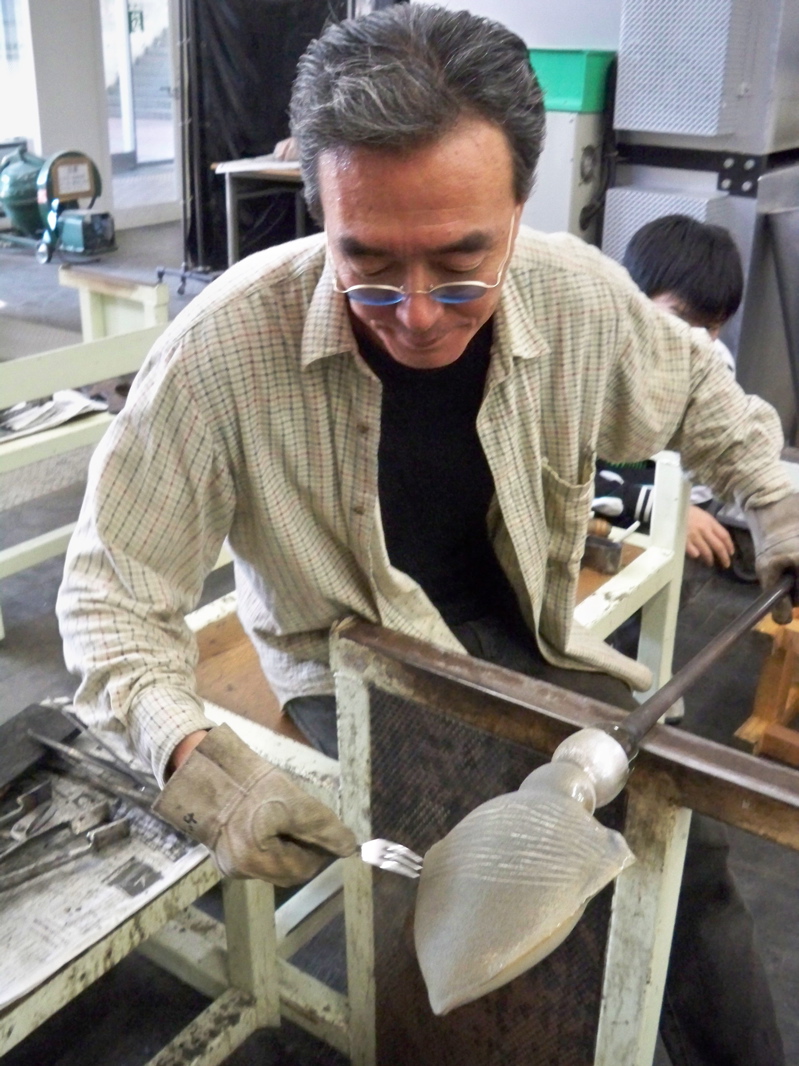 Born in 1956 in Fukuoka, Japan, Hiroshi Yamano has been working with glass for over 25 years. He has studied at prestigious schools throughout the US and Japan, such as California College of Arts and Crafts, Tokyo Glass Art Institute, and Rochester Institute of Technology where he received his Masters in Fine Arts.  Yamano began working with glass in 1975 having seen an exhibition of Scandinavian glass in Kyoto. After traveling to Europe, he returned to Japan to complete his studies. He spent the next two years studying glass. At California College of Arts and Crafts, under Marvin Lipofsky, he learned the creative aspects of glass, and at the Tokyo Glass Art Institute he learned the technical aspects of glass.  Yamano’s list of exhibitions is as impressive as it is international. Venues include the United States, Japan, Switzerland, Germany and Australia. He has received numerous awards, most notably in 1991, The Rakow Commission, an annual award presented to a leading glass artist, from The Corning Museum of Glass. The resulting piece was presented to the Corning Museum of Glass. His work appears in many collections, both public and private, including The Corning Museum of Glass in New York, the Wheaton Glass Museum in New Jersey and the Chrysler Museum in Virginia.  Hiroshi Yamano has been an integral part of a generation of artists who have transformed the glass vessel from a functional to a sculptural form. His vessels are glass canvases for his artistic expression, and in the creation of his work, he has transformed the craft of glass into an art. Hiroshi Yamano has worked throughout the world as an instructor at the prestigious Pilchuck Glass School, as a lecturer at The Glass Art Society conference in Mexico, The Aus Glass Conference in Australia and the Vanersborg Glass Festival in Sweden. In 1998 he was invited to be a guest at Waterford Crystal in Ireland.