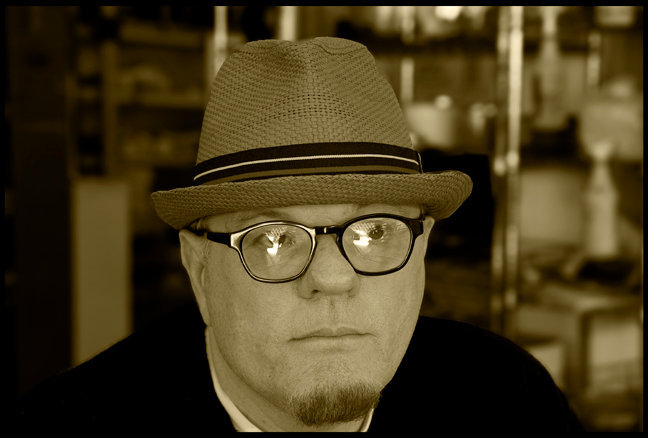 Tim Tate is co-founder of the Washington Glass School located in Mt. Rainier MD. He has shown nationally and beyond since the 1990’s, including the Museum of  Arts and Design in New York, SOFA New York and Chicago, Art Basel Scope in Switzerland, the Art Miami at Art Basel-Miami, the Luce Foundation Center for American Art at the Smithsonian, the Renwick Gallery and commercial galleries from Washington, DC to London and Berlin.

His awards include “Rising Star of the 21st Century” from the Museum of American Glass, the Virginia Groot Foundation Award for Sculpture, three Artists Fellowship awards from the DC Commission on the Arts and Humanities and the Mayor’s Art Award. He also was awarded a Fulbright Scholarship to teach in Sunderland, England in 2012. His work is in the permanent collections of the Smithsonian American Art Museum, Renwick Gallery, the Mint Museum, the Fuller Museum, the Katzen Art Center of American University, the Milwaukee Art Museum and Vanderbilt University. He has just finished a solo video show at the Taubman Museum in Roanoke, Va. and will have a large scale video installation at the Katzen Center at American University in 2013.​

I see myself as a time traveler. I slide easily between many centuries, from early Greek and Roman times to the essence of the 21st century. I am unfettered by the restrictions of time and space.

Blending a traditional craft with new media technology gives me the framework in which I fit my artistic narrative. Contemporary, yet with the aesthetic of Victorian techno-fetishism. Revelation —, and in some cases self-revelation, is the underlying theme behind my endless mirrors, my obelisks, my videos.

But the important revelations here are in the viewer’s response to my hybrid art form and its conceptual nature. They are sent on a journey through time, free to examine from a distance as an other worldly invisible observer. It examines the relationship between art and endless mirrors to time travel and how memory works, and how it fades.

The frame is the portal to the past, to dreaming and imagination, while the viewer’s feet are still firmly planted on the floor. Nothing is random, all elements are thought out.

To me, these works are phylacteries of sorts, the transparent reliquaries in which bits of saints’ bones or hair — relics — are displayed. In many cultures and religions, relics are believed to have healing powers. My relics are formally enshrined, encapsulating experiences like cultural specimens. And perhaps, to the contemporary soul, they are no less reliquaries than those containing the bones of a saint.

With technology rapidly changing the way we perceive art, the current day contemporary landscape closely mirrors Victorian times in the arts. We enter the 4th dimension here, at this art piece. We marvel at and invent bridges between past and present in an effort to define our time and make sense of this highly transitory moment in artistic history.

2017     Form Art Fair in Miami during ArtBasel with Habatat Gallery