3 of the Most Expensive, Most Moving Sculptures Ever Made 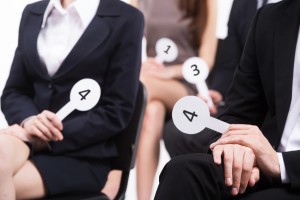 You can make sculpture out of just about anything. Take glass sculptures for example. They can be either free-blown or mold-blown, are 70% to 74% pure silica in weight, and are likely enriched with lime, as 90% of glass is nowadays.

However, what’s most important is how those materials interact with their form to evoke emotion and thought in observers. Just take the following sculptures for example — they were able to sell at incredible prices at auction houses’ art events.

“L’Homme au doigt”
An auction house sold “L’Homme au doigt” by Alberto Giacometti to the tune of $141.3 million this past May, making it the single-most expensive sculpture to ever sell at auction. Christie’s, the auction house, said that it was a “rare masterpiece,” and “Giacometti’s most iconic and evocative sculpture.” They also noted that the cast they auctioned off is believe to be the only one that the artist hand painted in order to heighten the expressive impact.

“L’Homme qui marche I”
Another sculpture by Giacometti, “L’Homme qui marche I,” had previously been the most expensive sculpture ever sold at auction when it went for $104.3 million in 2010. The work has been described as being “both a humble image of an ordinary man, and a potent symbol of humanity.” Giacometti is said to have viewed “the natural equilibrium of the stride” as a symbol of “man’s own life force.”

“Bird in Space”
Constantin Brâncuși’s “Bird in Space” broke records in 2005 when it sold for a staggering $27.5 million. This work was so moving that it actually provided the inspiration for a classical music composition from composer Timothy A. Corpus.

These are just some of the most respected, best-selling pieces of sculpture to ever grace the floor of an auction house. If you’d like to know more about what makes sculpture so moving and evocative, feel free to share in the comments.