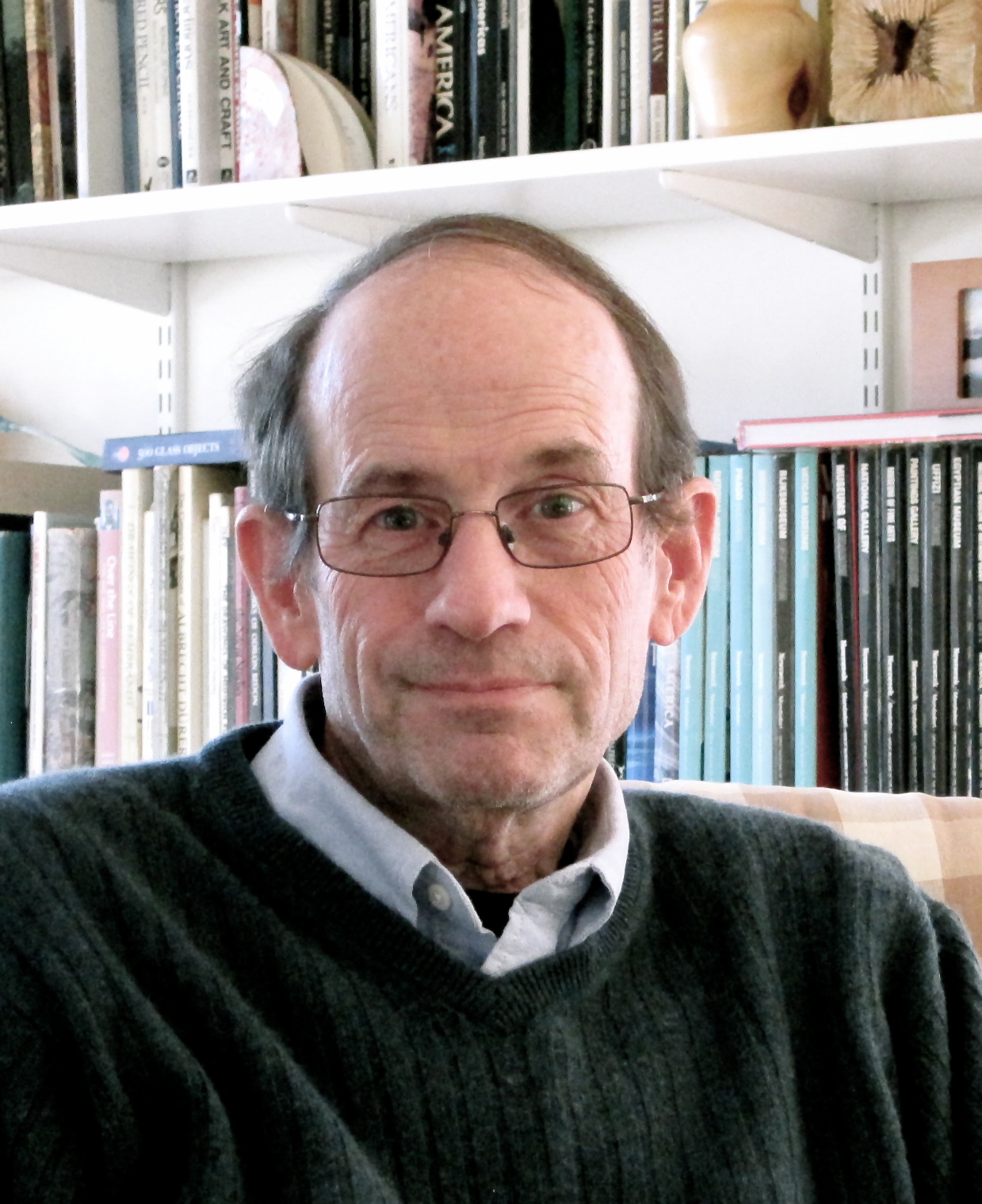 Herb Babcock began as a metal sculptor. He studied glass blowing in 1969, with additional studies at the Toledo Museum Glass Studio 1970-71. He created a signature series of Glass Image Vessels from 1976 to 1984. Eventually he began to combine metal and glass in sculpture. The Pillared Series and Vortex Series, which includes glass, metal and stone, began in 1989. Herb’s work is represented in numerous national and international exhibits, galleries and collections, with many sculptures designed for outdoor display. Herb received his BFA from the Cleveland Institute of Art and his MFA from the Cranbrook Academy of Art. Now a Professor Emeritus, he served as Chairman of the Glass Department at the College for Creative Studies, Detroit, from 1974 to 2013. He was born in Bloomdale, Ohio and lives in Ann Arbor, Michigan, where he maintains his current studio.