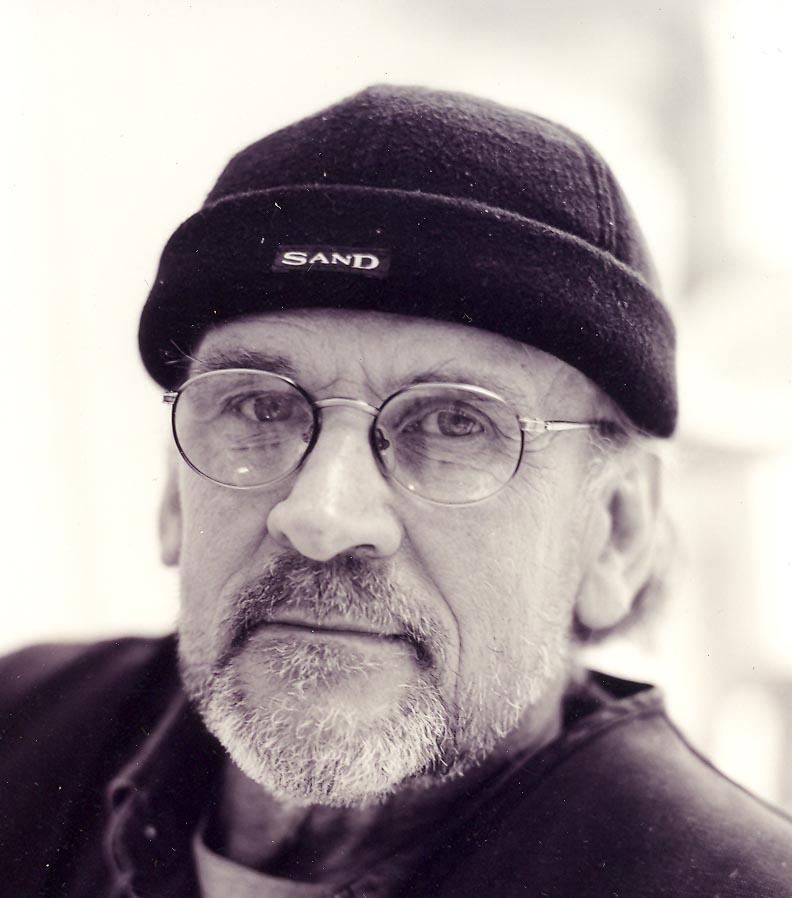 Bertil Vallien was born in 1938, in the small suburb of Sollentuna, to the north of Stockholm. He and his siblings were raised in a strict, religious atmosphere, grounded in the fervent precepts of the pentecostal movement, to which their parents belonged. But there were also other influences – he came into contact with people of different backgrounds and different sets of values, among them a journalist and an artist.

After finishing elementary schooling, Bertil worked for a while as an apprentice in his father’s decorating firm; until, one day, a need to express his artistic leaning found an outlet in covering the un-papered walls with drawings; when it was discovered that his figures showed through the wallpaper, he was sacked! Later, however, a schoolteacher, who also ran a business-school, encouraged him to attend for half a year; and then he went on to Borgarskolan polytechnic, where he did a commercial course. At the same time he worked as a window-dresser; and also attended evening classes in Life Drawing at the Konstfack School of Arts, Crafts and Design in Stockholm.

In 1955, he was accepted by the Ceramics department at Konstfack for a two-year foundation course, which was followed up by two years at the School for advanced Industrial Design (HKS/SAID). At the end of these years he was undecided about his future career, trying to choose between becoming a preacher, a pilot or a potter. An interim year of military service gave him some breathing-space before making a final decision. In 1959 he finally decided to continue at Konstfack. For long periods he practically lived at Konstfack, working day and night.

Bertil delighted in throwing off pots, and the larger the better – finding important expression in the texture of the clay itself. Apart from loving his work he also fell in love with Ulrica Hydman, a student of ceramics, a grade or two below him, whom he eventually married.

Soon after leaving Konstfack, Vallien heard of a small ceramics company in Los Angeles who were looking for a young Swedish designer to help in the enterprise. He set sail forthwith and joined the HAL Fromholt Ceramics company, which was a small factory, owned by an artist who designed the largely craft-based products. Bertil proceeded to design new models, swiftly becoming an invaluable asset to production. He had his own studio and was able to devote a few days of each week to the factory work and the rest to his own personal work.

In L.A. Vallien very soon made acquaintance with other artist; and the two Californian universities, where he attended various lectures and debates, were important meeting points, not least for art critics and gallery-owners. He continued to be successful, won a prize in the annual ‘Young Americans’ competition, and was also nominated one of the best young artist-craftsmen of the year (in US); his entry ‘Family on Whale’ was given first place in the stoneware section.

His work at that time was a continuation of the expressive, somewhat stylised idiom of former student pieces, although there was a more vigorous articulation of the material, and more monumental form is noticeable.

He was, as yet, incognisant of the growing movement in studio-glass and for the moment, there was no thought of glass-designing in his head; his energies were entirely focused on a pursuit of ceramic art.

Eventually, he received a suggestion from C.H. Åfors back home: that he would come and design at the Åfors glass-factory. This was one of his main reasons for returning to Sweden.